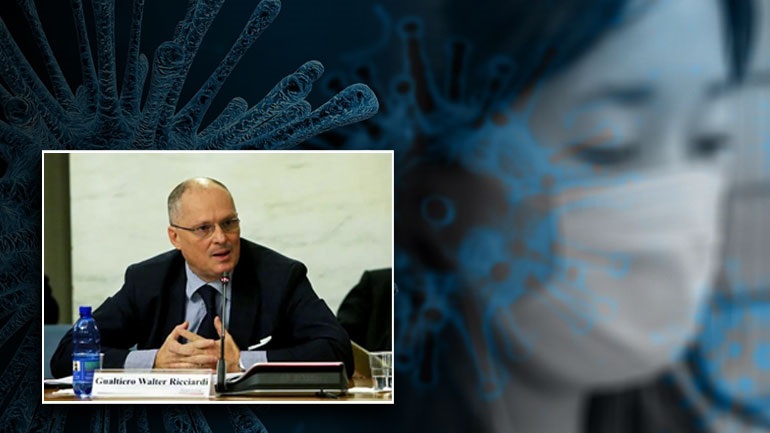 "In the winter seasons from 2013/14 to 2016/17, an estimated average of 5,290,000 ILI cases occurred in Italy, corresponding to an incidence of 9%.•More than 68,000 deaths attributable to flu epidemics were estimated in the study period.•Italy showed a higher influenza attributable excess mortality compared to other European countries. especially in the elderly." ...

•
In the winter seasons from 2013/14 to 2016/17, an estimated average of 5,290,000 ILI cases occurred in Italy, corresponding to an incidence of 9%.
•
More than 68,000 deaths attributable to flu epidemics were estimated in the study period.
•
Italy showed a higher influenza attributable excess mortality compared to other European countries. especially in the elderly.

In recent years, Italy has been registering peaks in death rates, particularly among the elderly during the winter season. Influenza epidemics have been indicated as one of the potential determinants of such an excess. The objective of our study was to estimate the influenza-attributable contribution to excess mortality during the influenza seasons from 2013/14 to 2016/17 in Italy.

We used the EuroMomo and the FluMomo methods to estimate the annual trend of influenza-attributable excess death rate by age group. Population data were provided by the National Institute of Statistics, data on influenza like illness and confirmed influenza cases were provided by the National Institutes of Health. As an indicator of weekly influenza activity (IA) we adopted the Goldstein index, which is the product of the percentage of patients seen with influenza-like illness (ILI) and percentage of influenza-positive specimens, in a given week.

Over 68,000 deaths were attributable to influenza epidemics in the study period. The observed excess of deaths is not completely unexpected, given the high number of fragile very old subjects living in Italy. In conclusion, the unpredictability of the influenza virus continues to present a major challenge to health professionals and policy makers. Nonetheless, vaccination remains the most effective means for reducing the burden of influenza, and efforts to increase vaccine coverage and the introduction of new vaccine strategies (such as vaccinating healthy children) should be considered to reduce the influenza attributable excess mortality experienced in Italy and in Europe in the last seasons.

Seasonal influenza epidemics make a substantial contribution to the worldwide annual mortality rate, in particular among elderly individuals aged 65 years and over. Influenza associated deaths are highly variable by country and season (Iuliano et al., 2018). Factors influencing this variability may include the matching between circulating viruses and viruses included in the seasonal vaccine; environmental temperature; vaccination coverage and population demographics (e.g., the proportion of elderly individuals and/or of individuals with chronic conditions) (Vestergaard et al., 2017, Bonanni et al., 2015, Rizzo, 2015).
During the winter seasons 2014/15 and 2016/17, an excess of all-cause mortality was reported in Europe (Mølbak et al., 2015, Vestergaard et al., 2017). In both seasons, the predominant influenza virus strain circulating in Europe was A/H3N2, which is the strain most commonly associated with influenza mortality in the elderly (Vestergaard et al., 2017, ECDC/WHO, 2017, Rizzo et al., 2007). In Italy, the 2014/15 season was characterized by a co-circulation of A/H1N1pdm09 (52%) and A/H3N2 (41%) strains, while during the 2016/17 season, the A/H3N2 virus predominated (93%) (NIH, 2018).
In recent years, Italy has been registering peaks in death rates, particularly among the elderly during the winter season. A mortality rate of 10.7 per 1,000 inhabitants was observed in the winter season 2014/2015 (more than 375,000 deaths in absolute terms), corresponding to an estimated 54,000 excess deaths (+9.1%) as compared to 2014 (Signorelli and Odone, 2016), representing the highest reported mortality rate since the Second World War in Italy (UN, 2019). Although the above-described excess mortality created concern among researchers, health authorities and public health experts, it has been challenging to identify its determinants (Signorelli and Odone, 2016).
Excess mortality for influenza in Italy in the above mentioned seasons has been previously explored in a multi-country study (Vestergaard et al., 2017, Michelozzi et al., 2016, Cislaghi et al., 2016), analysing mortality data from a limited sample of the Italian population, and in a study focusing on a single Italian region (Fedeli et al., 2017).
The present study aims to investigate the two mortality peaks observed in Italy during 2015 and 2017, using the following data: a) census mortality data from all causes from 2013 to 2017; b) seasonal influenza like-illness surveillance data from 2013/14 to 2016/17 (week 42 to week 17); c) virological surveillance data from 2013/14 to 2016/17 (week 42 to week 17) and d) environmental temperature data for the same years. The final objective was to estimate the influenza-attributable deaths and the contribution of temperature variation to the excess mortality during the above mentioned influenza seasons, using a multiplicative Poisson regression model (EuroMOMO, 2018a).

The number of deaths were reported, by week of death, as crude observed values and as direct standardized values, using the Italian resident population on 1/1/2014 as a reference. The size of the Italian population by age at the beginning of each year was obtained from ISTAT (ISTAT, 2019).

Influenza-like illness (ILI) data were provided by the National sentinel influenza surveillance system (InfluNet), which has been in place in Italy since the 1999/2000 influenza season. InfluNet is a network of sentinel practitioners, representative of all Italian regions, based on the voluntary participation of an average 973 general practitioners and family pediatricians per year (range 754–1,055), providing health care to about 2% of the general population. InfluNet is dedicated to monitoring ILI incidence from week 42 to week 17 of each season, to defining the extent of the seasonal epidemics, and to collecting information on circulating strains (Perrotta et al., 2017, Gasparini et al., 2013).
Virological data were obtained from the InfluNet surveillance system. InfluNet is a virological surveillance system, in place since the 1999–2000 season, based on the collection throat swabs from a sample of the sentinel practitioners participating in InfluNet from week 47 to week 17 of each season (NIH, 2019). ILI and virological data were available by ISO week, and are reported weekly during the influenza season by the National Institutes of Health (NIH, 2019).
The sentinel surveillance system was planned to represent the Italian population by Region and by age group. The estimate of the total number of ILI cases in Italy were obtained by weekly ILI incidence, calculated on the population under surveillance, and re-proportioning these to the Italian population (about 60 million).

The number of influenza-attributable deaths was estimated using the FluMOMO algorithm, based on the weekly Influenza Activity (IA) and ET (EuroMOMO, 2018b). For this analysis, we used two IA indicators: 1) the ILI incidence and 2) the Goldstein index (ILI × percentage of positive specimens) (Goldstein et al., 2011). Up to two-weeks-delayed effects of the explanatory variables were considered in the model.
An explanatory factor reflecting the deviation of environmental temperature from the average maximum/minimum temperatures was introduced in the model in order to take into account a potential confounding effect of temperature on influenza excess mortality, as many Italian regions are affected by very cold weather in some winter weeks (e.g. January 2017). Very cold weather is recognized to have a potential impact on the excess mortality from all causes (Nielsen et al., 2011). Therefore, we estimated the influenza-attributable deaths among older adults, adjusting for Extreme Temperatures (ET), defined as weeks with a mean temperature above the average maximum temperature or below the average. Periods with excess cold might be bad in the winter, but in summer, it may have a benign effect and opposite for periods with excess warmth. Therefore, the winter effect of temperature is included with an opposite warm (protective) and cold (harmful) effect.
The method has been described elsewhere (Vestergaard et al., 2017). In brief, we adopted a Poisson regression time-series model with over-dispersion, where the weekly absolute number of deaths from all causes was the outcome variable and IA and ET the explanatory variables. In the results section we reported results including both models with and without the ET effect. We corrected the model by annual trend, and seasonality. Seasonality was expressed as the sum of two sine waves of one year and half year periods, respectively (Nielsen et al., 2018). As the dominant type/subtype of influenza circulating viruses vary from season to season, a separate effect of IA for each season (season: week 42 to week 17 the following year) was used.
Analyses were performed separately for the age groups 0–4, 5–14, 15–64 and 65+ years of age, as well as for all ages. The statistical analysis was performed using STATA version 14 (StataCorp, 2014).

All the authors have no conflict of interest to declare.

This research did not receive any specific grant from funding agencies in the public, commercial, or not-forprofit sectors.

No ethical approval is requested.